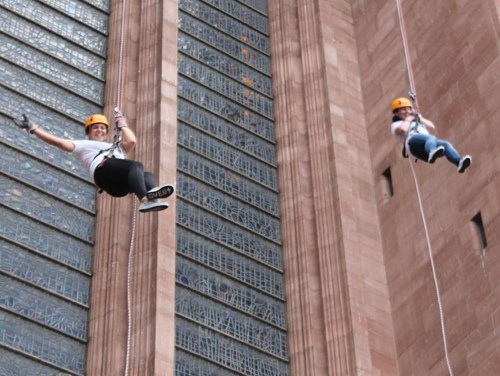 Ten fundraisers have raised over £1,000 by abseiling 150ft down Liverpool’s Anglican Cathedral to show their support for St. Joseph’s Hospice in Thornton.

The team included two of the hospice’s own fundraising team, Laura Smith and Clare Maher, who only joined the hospice a couple of months ago.

Being afraid of heights, this was no mean feat for Clare Maher (42), from Aughton, who wanted to take on the challenge in order to encourage others to push themselves in order to raise money for the charity.

Clare said: “It was an amazing experience but so completely out of my comfort zone. My legs were trembling and it took me a while to go over the edge but once I did I began to relax a little. I just kept focussed on all the patients back at the hospice that I was doing it for as they face a challenge on an entirely different scale to this every single day.”

“We need to raise £6,500 every day to keep the hospice’s services running and this is certainly one event I will never forget.” 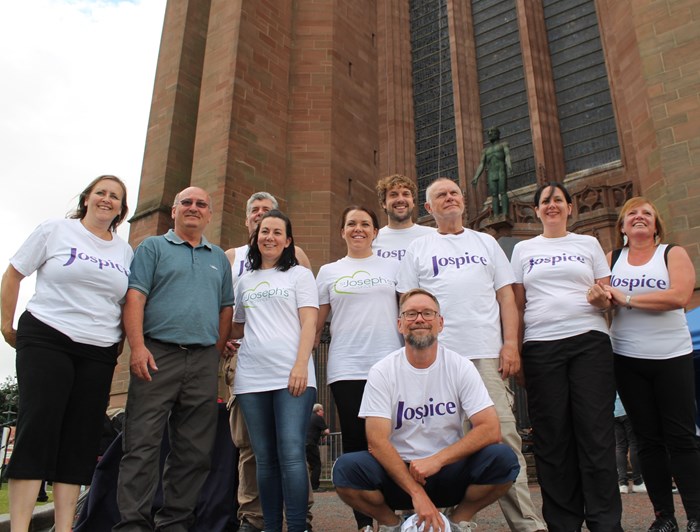