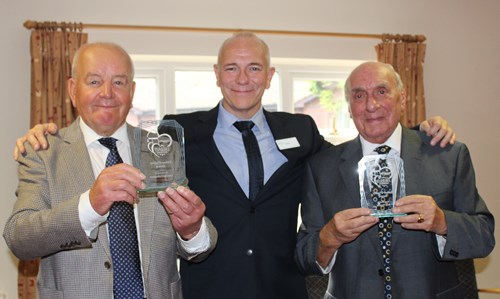 Legendary bucket collectors, Don Franks and Charles Callaghan, have been presented with special Father O’Leary Awards in recognition of their long standing commitment to St. Joseph’s Hospice over the last 17 years.

The special awards, to mark the hospice’s 55th anniversary, were presented to the pair last week in the presence of their friends and family.

After 17 years, Don and Charles have announced that it is time for them to hang up their buckets after raising over £400,000 for the hospice and spending over 800 days collecting outside train stations, supermarkets and sports grounds in all weathers.

Don (86), from Formby, and Charles (80), from Ainsdale, are well-known characters around Merseyside. Don, in particular, is known for his cheerful signing and dancing whilst collecting for the hospice.

In recognition of their tireless work, Don and Charles were invited to Downing Street by Cherie Blair, Vice President of St. Joseph’s Hospice, in 2007. In 2012, they were invited to a garden party at Buckingham Palace and then, in 2015, Don and Charles were honoured with British Citizens Awards at the House of Lords for their inspirational efforts.

Charles said: “We’ve always enjoyed collecting for the hospice and have always been incredibly impressed by everyone’s generosity. It’s been a great way to spend 17 years of my retirement but the time is right now to take a break although we are planning one more day in the run up to Christmas.”

Don said: “People feel so strongly about the hospice and in all the years we’ve been collecting we’ve heard nothing but praise for the hospice.”

Mike Parr, Chief Executive of St. Joseph’s Hospice, said: “I can’t imagine two more deserving recipients of our prestigious 55th Anniversary Father O’Leary Award. They have devoted so many hours to raising money for the hospice and in all those years have helped thousands of patients and their families.

“On behalf of all the patients and families they have helped over the years, I’d like to say a very big thank you. They are big shoes to fill and will both be greatly missed.” 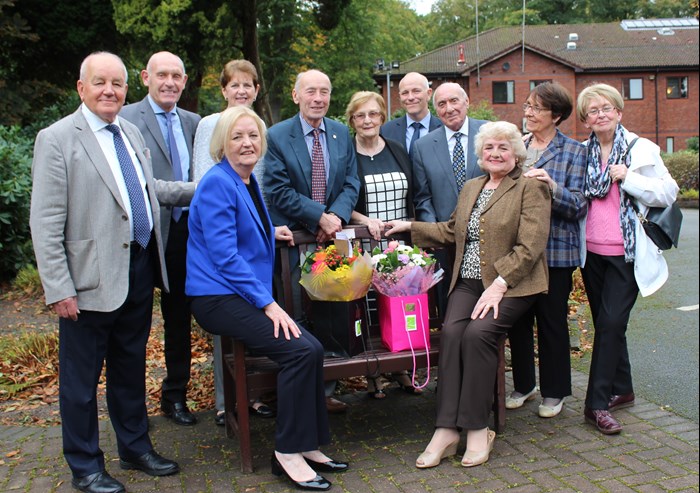 Pictured: Don, Charles and their wives, Francis and Irene, celebrate their award win at the hospice with their friends and family.